Dense, dark yet luminous ruby colour, subdued aromas with an initial impact of berries such as black cherry, strawberry and cassis, opening up into hints of sweet spices like vanilla and cinnamon and balsamic notes, increased intensity on the palate with a bold and rich, full body where sweetness and roundness almost disguise a high alcohol content, supported by high acidity, smooth tannins and saline characteristics, pleasant persistence with a liquorice, chocolate finish.

Food pairings: This wine is predominantly fruity with bold characteristics on the palate and a slight sweetness which makes it ideal for rich sauces yet smooth enough for white meat. Some examples include: seafood marinara pasta, beef stew, or chicken and mushroom in a Parmesan and garlic cream sauce.

This wine is one of the best wines produced by Vespa: vignaioli per passione (Vignerons for passion), formerly called Futura 14. It is produced in the southern Italian region of Puglia, in the province of Taranto, home of the DOCG region Primitivo di Manduria. This region enjoys a hot Mediterranean climate mitigated by cool breezes from the Ionian coast and clay soils, perfect for the cultivation of this autochthonous grape that has been cultivated for centuries and made a name for wines from Puglia.

Made from 100% Primitivo, the wine is fermented with maceration for 10 days, followed by malolactic fermentation in steel. It is aged for 6 months in small oak barrels.

Some say that wine reflects the personality of its producer, a bit like dogs resemble their owners. So, whose the man, or men, behind this wine?

The owner is Bruno Vespa, one of the most famous TV journalists in Italy. The oenologist is Riccardo Cotarella, one of the most famous oenologists in Italy. Cotarella and his wines are often criticised for being very likeable, too likeable in the sense that they are all the same. With that being said, if a celebrity is to invest in making wine, it follows that he would make the most secure investment available to him. Vespa himself is not privy to criticism and is certainly an interesting figure in Italian culture.

Born in L’Aquila, Abruzzo, his journalism career began at the age of just 16, writing sports articles for the local newspaper. He then went on to get a law degree in Rome. He became a radio announcer on RAI, Italy’s state-owned and publicly funded broadcasting company. Then he was host of Telegiornale RAI (tv news), before becoming head newscaster for TGI (also owned by RAI), and finally director of the tv channel RAI Uno.

In 1996 he became the founding host of Porta a Porta (Door to Door), the most successful and longest running political talk show in Italy. A show which has followed the evolution of Italian society and politics in the 21st century through debates and interviews with up-and-coming personalities and Italy’s most influential people.

In addition to the show’s success, he also made a name for himself as a foreign correspondent, tackling important issues in the 70’s and 80’s, and has a long list of publications. His books cover a range of political themes from socialism in Europe to the formation of the New Republic of Italy, and including public figures such as the Pope, Mussolini, Stalin, Hitler and Berlusconi.

So why the controversy?

While head newscaster at TGI in the late 80’s, he claimed that the party in power at the time, Democrazia Cristiana, was his “editorial sounding board”, suggesting that the broadcasting company was not all together unbiased or impartial. He subsequently supported armed intervention in the Gulf War, once again putting himself in the limelight of public criticism. In 2012 he was the subject of protests for claiming that a photo of Italian soldiers killing Slovene citizens was actually the reverse, where Italians were the ones being killed. When a guest on his show corrected the error he made no apologies.

He was also caught conversing with politicians, such as Silvio Berlusconi, before their appearance on the show, strategising how to make them look favourable to the public and preparing “softball questions”, questions that avoid compromising the guest whilst giving them an opportunity to boast. 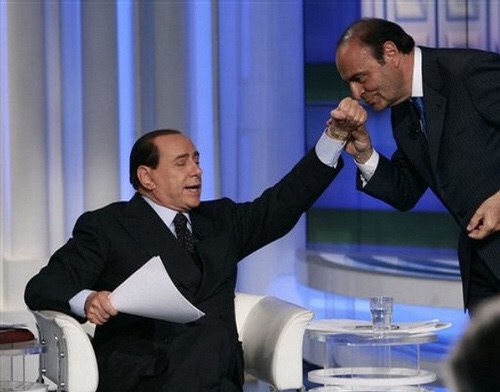 He is in fact criticised for having a strong allegiance to Silvio Berlusconi and right-wing politics, referred to by some in the media as the “regime servant”.

Nonetheless, he is a household name in Italy who has brought the forefront of current events into Italian living rooms for years. Some even credit his show as the source of public debate in Italy.

(I’m the only moderator who has managed to stay in the public square for so long.)

In addition to his journalism career, he is passionate about wine and is lately enjoying another successful venture.

Vespa purchased La Masseria Lì Reni, an ex-convent from the ‘500, in Puglia in 2014. He invested in revitalising the old vineyards and planting new vines with the aim of turning his lifelong passion into “a labour of love “. The Masseria has also been luxuriously renovated and the 44 hectare property includes a hectare of woods and gardens as well as 3 hectares of olive groves and 32 hectares of vineyards. His latest wine, Helena di Troia, was even served recently at the Buckingham palace at a gala held by Prince Charles. 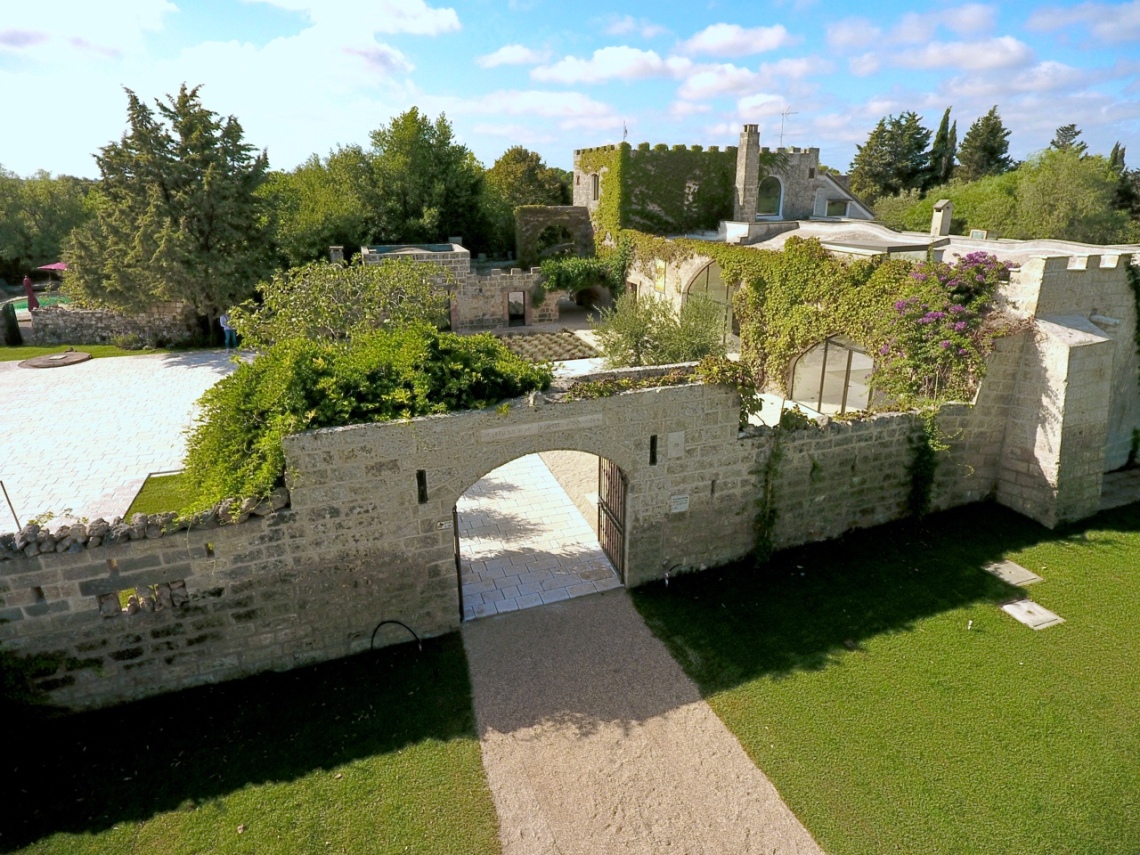 However influential or controversial this man maybe, I still believe, as with all celebrity wines, that the wine should speak for itself.