I’m quite new to blogging, and I must admit I’m terrible at technology and don’t particularly love social media. But, my love of writing made creating a blog an ambition, and when I became a sommelier I thought what better way to stay connected and up-to-date with the world of wine than creating a wine blog. I know there are a lot of wine blogs out there, some of them terribly redundant, others pleasantly informative and others very interesting indeed. I have been blogging for 6 months now with the hopes that it is at least one of the latter two, but above all as a creative outlet where I can reflect on my passions for wine, art, philosophy and culture.

Through the process I’ve had the opportunity to engage with other people who share some of my passions and gained a richer perspective and self-awareness as a result. One such person is my biggest supporter and antagoniser (in the nicest sense of the word), Dr. B, who I met through his blog The Two Doctors: Buddha walks into a wine bar:

We have since become friends and I value his support greatly, so when he tagged me in this game of tag between bloggers I could not refuse. So here are my answers to his three questions:

As for the rules of the game, at the end of this post I will tag two other bloggers with my own questions. (Although I can’t guarentee they will respond as I haven’t engaged as much as I should, so the game might stop here!)

1. Which philosopher do you most admire and if they were alive today in your country/town how would they focus or direct their main theory and to what end?

My love of philosophy is entwined with my love of art, and specifically dance and performance art. I’ve always been curious about philosophy but never really properly studied it. I believe the first full book of philosophy I read was Aristotle’s ethics, given to me by a music student in my first days of university at Trinity Laban Conservatoire of Music and Dance.

In my dance history lessons I listened eagerly as the lecturer referenced a range of continental philosophers and their influence in the creative practice of choreography. I was soon in the library checking out Heidegger, Husserl, Foucault, Derrida, Sarte, Barthes and more books than anyone expected a dance student to read. 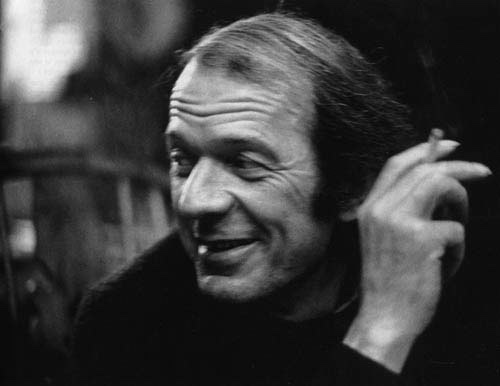 This is also why the philosopher I most admire is Gilles Deleuze and his Magnum Opus, “Difference and Repetition”.

Gilles Deleuze, 1925-1995, is claimed to be one of the most influential and prolific French philosophers of the 20th century. While some say he doesn’t fit easily into a category of continental philosophy, he was influenced by philosophers such as Hegel, Hume and Spinoza, and aligns most with post-structuralism. He spent much of his career interpreting other philosophers and artists in addition to developing his own concepts of metaphysics, epistemology, and aesthetics. His is a creative philosophy that challenged notions of ontological foundations and the conventional views of philosophy as an extension of logic. He saw philosophy instead as the creation of concepts, based on an empiricist approach where experience proceeds knowledge, rather than the pursuit of truth, reason or universals in a fixed, pre-existing world.

He was sceptical of rationalism and transcendental thought, believing that philosophy should not just reflect the world, but also rethink and transform it by embracing the “metaphysical flux” that surrounds us. His prose is often complex and idiosyncratic, which both forces the reader to think as well as re-invents philosophy through new language.

His ideas have been applied to a wide range of subjects from differential calculus to thermodynamics, ecology, anthropology, film studies and architecture. His influence on Ecology positioned him as a “vitalist philosopher”, enlivening the natural world through thought, where everything is intricately interconnected yet infinitely different and continuously transforming. While he believed that art, philosophy and science are different disciplines, he saw them all as a way of confronting chaos in creative and practical ways.

“Philosophy, art and science are not the mental objects of an objectified brain but the three aspects under which the brain becomes subject.”

In search of a “pure metaphysics” relative to contemporary math and science, he championed multiplicity over substance, event over essence, and virtuality over possibility. Integral to his metaphysical concepts is the idea of difference, a bottomless difference that goes all the way down to the core of ontology, inverting the traditional relationship between difference and identity. Deleuzean difference is not the derivative of identity, but rather proceeds it, where identity and processes of individuation are, in turn, the very effect of difference.

This idea of difference allows one to appreciate the interconnected nature of all things while, most importantly, embracing their incredible uniqueness which in turn gives the freedom to change. For example, we may be able to identify that a set of leaves all come from an oak tree, but even in their similarity they are each inherently different.

This is best seen through the role of repetition and the novelty it presents. In a Deleuzean world everything is involved in the “eternal return”, everything is a repetition. However, it is not binding in that it is the inherent and limitless difference in each repetition that creates newness and also the potential to change.

One such example is art which employs familiar material in varying combinations of sensations, experience and aesthetics, re-enacting it, re-forming it, and re-inventing it into new ways of experiencing our world. While the materials may be the same, no two art works are ever the same. Likewise, one could also ponder time and see that the past and the future are contained in the present, re-elaborated and transformed by it.

This leads to the concept of virtuality, where thought can be imaged as a set of relations and infinite possibilities and combinations that exist prior to the actualisation of an idea or an event. However much it happened this way, it may also have happened another way, and new ways are continuously available to us through new sets of relations and their combinations. Embracing this flux and the bottomless difference in all things virtual or actualised is what gives us the freedom to change the world in ways that didn’t seem possible.

To experience each passing moment as new and distinct, to appreciate the tiny details and uniqueness in all the things around me, and to imagine each thought in a virtual matrix of sensations, meanings and possibilities, leads me to believe that this is a philosophy of optimism. It allows me to embrace the things I love and appreciate their layers of potential intrigue, while also giving me the freedom to equally let them go.

If Deleuze were alive today in my country, USA, I think he would direct his theories to the dismantling of restrictive binaries that close in our world. I mean that not in the sense of political correctness at the expense of critical and free thought, but in the sense that our differences allow us to re-think things, making positive change and improvement possible, and distinctions of black or white are reductive.

“A tyrant institutionalises stupidity, but he is the first servant of his own system and the first to be installed within it.”

If he were alive today in my town, Salerno in Italy, I imagine he would encourage people to incorporate their past into the present by creating innovative ways to experience it as new and relevant, while allowing that culture and its traditions to evolve into the future without fear of losing its essence. That being said, who knows how his theories would have developed in such a fast changing world.

Don’t worry, my answers to the nest questions will be shorter!

2. If you could completely “remove” three things from this planet, what would they be and why? By “things” I don’t mean poverty, disease, discrimination, etc., I mean tangible items, goods or artifacts that really bug you.

This is a difficult question for me to answer because, while there are things that annoy me, I wouldn’t want to rob the world of them because there may be poeple who do enjoy them and a world without annoyances would be boring, so I’ll limit my choices tho things that I think are not only useless but where a better alternative exists.

The first is plastic, and with it microplastic and nanoplastic. I can’t even begin to imagine how many things are made of plastic, but the impact on our environment and ourselves is staggering. I’m sure we have the technology to use alternative materials that are biodegradable, don’t absorb toxins, don’t destroy the natural beauty of the sea and don’t harm wildlife and us in the process. It’s devastating to know there are literally islands of rubbish floating in the ocean and it’s an embarrassment for mankind.

The second is slot machines. I abhor them and gambling in general. It’s the false hope they inspire, often in economically unstable individuals, and the apathetic delusion that you can strike it rich without good, wholesome hard work or ingenuity. A better alternative is playing cards where there’s at least an element of strategy involved. I can’t stand watching grown adults slouching in front of brightly coloured, chiming machines mindlessly pushing a button for hours as if they were passive blobs in the universe with no ambition or direction, leaving their fate to “chance” while depleting their resources. It’s one of the most depressing things I’ve seen. Besides, the house always wins.

The third is denatured alcohol used for cleaning purposes. It smells horrible, it makes me gag, there are less offensive substances that clean just as well. I wish people in Italy would stop dousing every surface in the house and office with the stuff. It makes me sick just thinking about it.

3. Magic wish… you can visit and see anything or any place on earth for a week, what is it, where and why?

I would visit Bangor, Maine. I was born there, spent the first year of my life there, and have never returned since.

My parents met in the airforce when they were stationed in Sicily, then relocated to Maine and finally to California, where I was raised. I’m no army brat, but I have had a sort of nomadic lifestyle as we moved around a lot when I was growing up and I continue to have a transient sense of home. Perhaps my decision to move to Italy was based in part on a desire to know the place where the idea of me started. I have visited Sicily, maybe hoping it would give me some missing piece of the puzzle of my identity, and whether it did or not, I fell absolutely in love with the place. Visiting Bangor could be a similar experience or ultimately disappointing, but it would certainly be one of the places that make up who I am through where I’ve been.

So there you have it!

Since this is a wine blog, I have three wine-related questions I’m curious about. Please feel free to respond…

1. What is your most memorable moment drinking wine?

2. Do you think quality in wine is objective or subjective?

3. Art and wine seem to often go well together, why do you think this is?