What cubist painters did in transforming the way we look at things and think about paintings, Virginia Woolf did for the way we read things and think about literature, both offering a new perspective on our perceptive potential and our very ability to express  what we perceive. This was achieved by focusing on the crucial moment when external material collides with internal process, simultaneously exposing and rupturing the distance  between the two through the senses.

If this can be done with images and words, why not with taste and smell? How can Verbal Cubism be applied to writing about wine in a way that shifts the focus from a linear narrative of classified terms about the wine in question, to the mind at work in perceiving that wine from as many angles as possible?

This is my attempt at doing so with three wines from Bogle Vineyards in Clarksburg, California along the Sacramento River Delta. I think the result is, rather than a precise description of the wines, the impression they have left on my mind, which is influenced also by the history of the place and my own personal experiences. 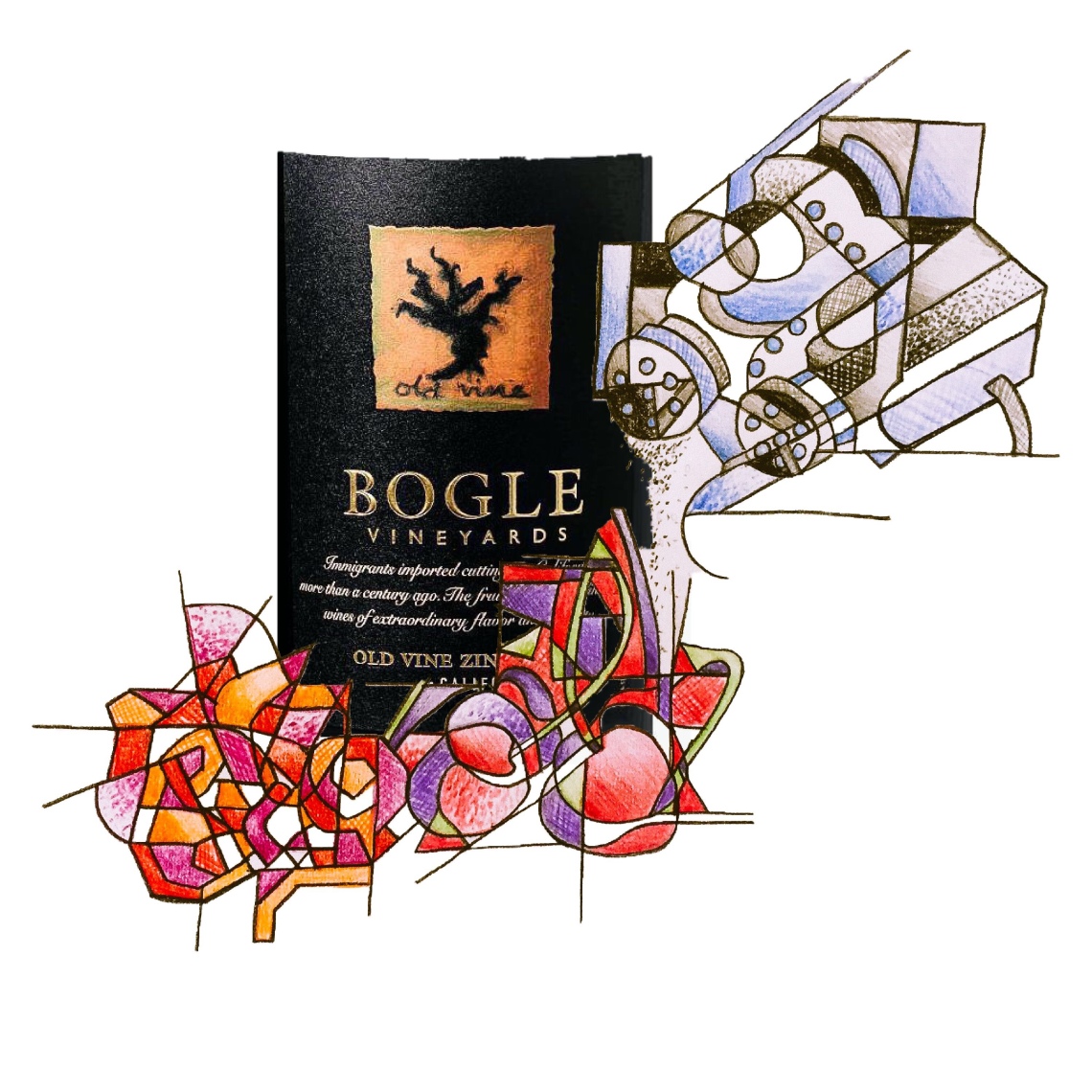 Ruby red: a royal colour, a cardinal gem. Saturated, concentrated, glimmering colour; so many of them likened to gemstones: sapphire, garnet, emerald, and turquoise. Colour, cut, clarity and caret. Cranberries, cherries, raspberries, and juniper berries from these small, concentrated clusters of grapes- little fruit, big flavour. Big, black, spicy pepper. Here, in the delta, the Native Americans peacefully picking berries when the Spanish came with their big boats and jewel crested  armor and velvet cloaks. Explorers and missionaries and colonists, and then the Gold Rush, and then the Stockton Ship Channel, and then agriculture, and then irrigation, and then houseboats and water sports. Maybe these old vines could tell the story, twisted and gnarly. Saturated in colour, saturated in flavour: zippy, shimmering, glistening acidity; plush, velvet, tannins- balance. Balsamic berry blast to finish, a crimson crush. Colour, cut, clarity and caret. 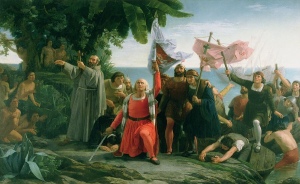 “Oak, Douglas Fur, Pine.”, he would say, “look at this pine cone.” I always listened with interest, more than my brother, but I was a girl! He looked for lizards, patiently watching, patiently following, until the  perfect moment; those languid, lingering summers until September. I was a girl! Impatient, immature and petulant, (but ever so curious), and grandfather was ever so solemn. The grapes, too, are lingering on the vine, until the perfect moment. Until September? In their own sweet time, in sweet summer, they are collecting sugar. It will be a late harvest. Here we are in December, my mother and I, driving over the bridge, looking at the banks of the river; California and it’s familiar places. The trees remind me of my grandfather, my uncle, my brother. Mother nature (nurture), solemn trees- and to think I was just a girl. Sugar and spice and everything nice. How dense the forest, how dense this wine- impenetrable. Mature plum and blackberry jam, the boysenberry syrup with my grandmother’s pancakes, sweet potpourri, and nutmeg in the spice cabinet. 6 generations in this winery: the great grandfather, grandfather, father and son. 14 months ageing in American Oak: spice, clove, coconut, vanilla, toffee and butterscotch. “Full and supple and young” says the woman across the bar in the tasting room. How does she know? I was a girl; sugar and spice and everything nice. 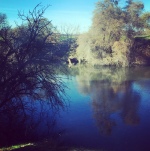 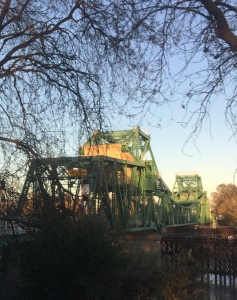 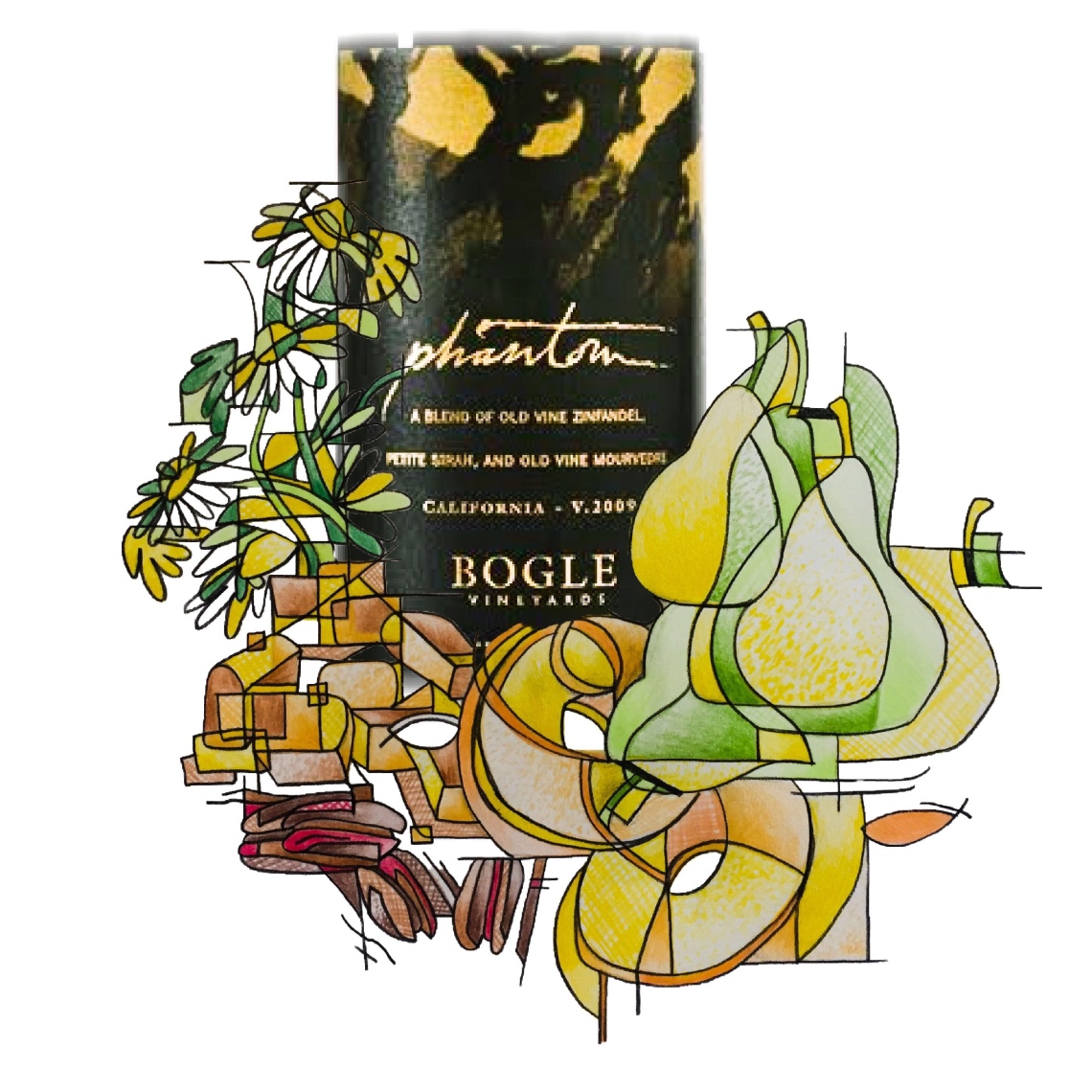 “The Virgin California Delta was so vast, wild and confusing- its sloughs meandered everywhere and led nowhere- that John C. Fremont lost a whole regiment in there for several days, and some who ventured in just disappeared.”, writes Marc Reisner in “A Dangerous Place”. “I saw a glimpse of muddy boots and blue jeans and I knew I wasn’t alone”, says Chris Simon of the “phantom” in the vineyards. The Wild West, the American Frontier, and the Gold Rush: alluring, tempting and beguiling the gold prospectors, the cowboys, the bandits. Clint Eastwood. High way robbery and ghost towns in lawless California, the golden state. Crystal, shimmering, golden straw colour in a honeyed, silky, syrupy wine- California Chardonnay; fermented and aged in oak barrels. A tropical expedition in a lush jungle among pineapples, bananas and coconuts; vast, wild and confusing. Haunting, lurking, cloying rich layers of candied pear, pecans, caramel toffee, and chamomile. Seductively creamy; so vast, wild and confusing.